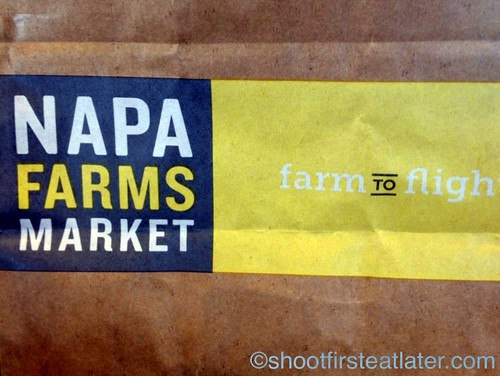 I wanted to be at the San Francisco Airport’s Terminal 2 early for my flight to Washington DC on Virgin America so I could leisurely walk around and look for something to eat. Unfortunately, the line was long and I had to drop off my luggage.

It was a good thing I saw Napa Farms Market right away and to my immense joy, I had the last chance to try another coffee, this time Equator Coffee. This brand never came up in my research for coffee places to try in San Francisco so I didn’t know anything about it. 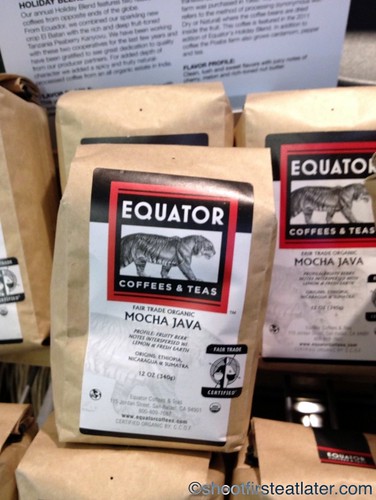 I was pleasantly surprised at how rich and strong the drip mocha java was. It had a very good aroma and full body. I was so tempted to buy another bag of beans. 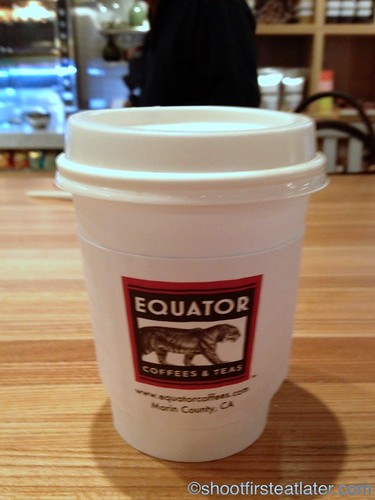 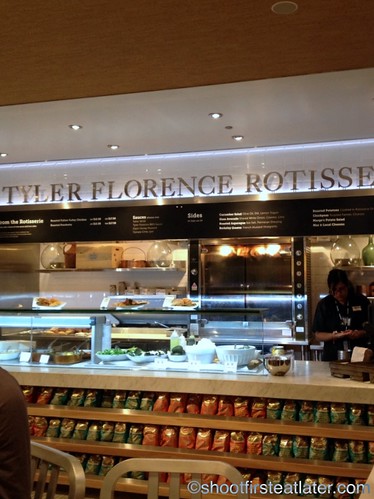 I ordered the 1/4 chicken with 2 sides. I chose to have two servings of Berkley greens with French vinaigrette instead of the breaded mac & cheese or potato salad. I was tempted to get the roasted porchetta instead of the chicken but I’m not supposed to eat pork on my diet so the chicken was my only option. There was a variety of sauces that accompanied the chicken like tomato jam which the server recommended by I went with honey dijon.

The chicken was so tender and flavorful all the way to the bone. It didn’t need any sauce. I suspect the chicken was brined before roasting that’s why the chicken breast was so moist and tasty. Amazingly there wasn’t any fat left under the chicken skin. Even though the chicken wasn’t hot anymore the skin remained crisp. I was very full and remained satisfied all through my five hours plus trip to DC. 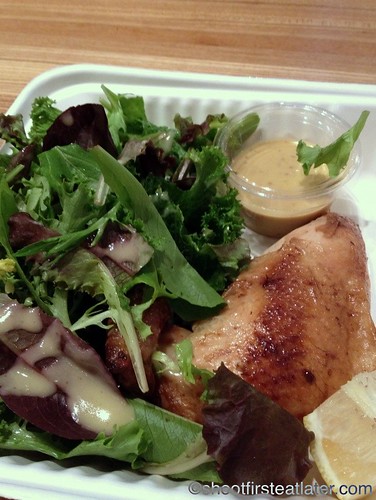 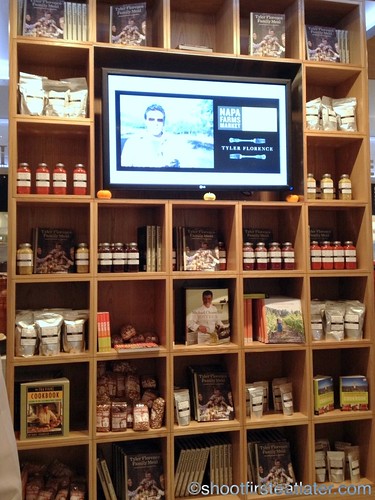 I was able to buy a couple of wedges of Truffle Tremor cheese from Cowgirl Creamery. If I wasn’t so full and in a hurry I would have bought a cup of chocolate orange confetti ice cream from Three Twins Ice Cream.

I wasn’t able to take more pictures of Napa Farms Market because I was in a hurry to catch my flight. Click here to see how it really looks. 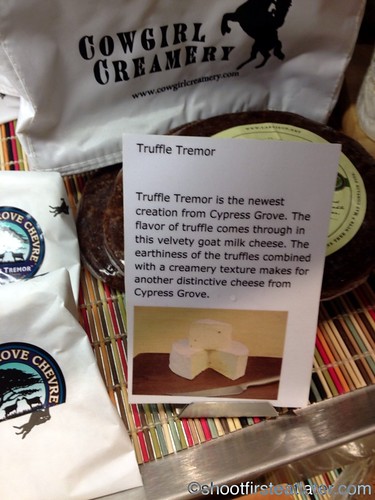 There was a special counter where you can fill up your water bottle just before going to your gate. It had a tall spout which made it easy to fill up my Vapur bottle. I wish I took a picture of that. It was really convenient instead of using the water fountains common in other airports. 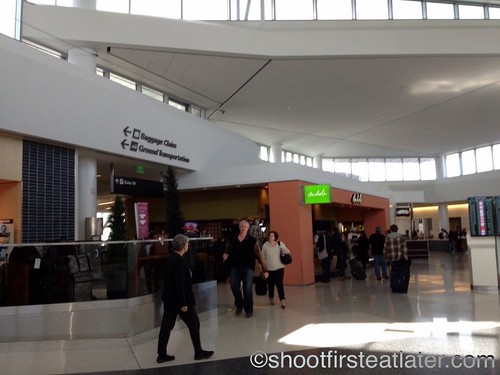 I’m sure many laptop and cellphone users appreciated these convenience outlets instead of sitting on the floor beside what few outlets that could be found in the airport. I’m proud to say we’ve have this in feature in Manila’s airports for several years already. Although it doesn’t look this spiffy. 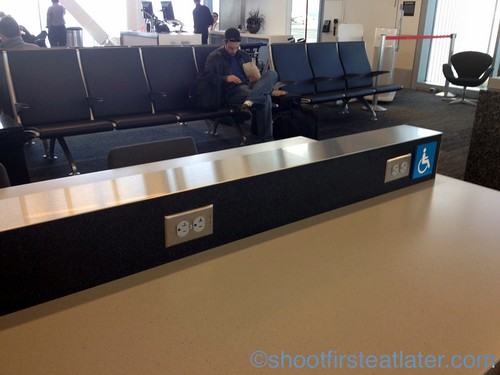 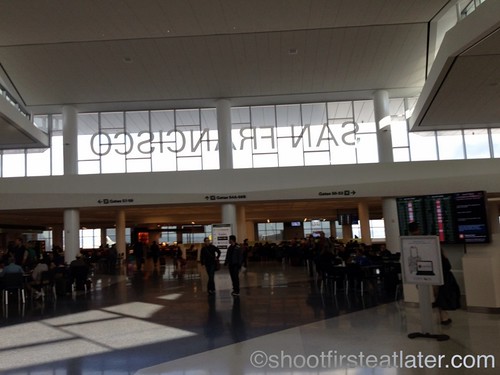 Goodbye San Francisco! It was a short visit but very, very sweet indeed. Thanks again to Ariel, Kit and Jeanne for keeping me company. Coming up are my posts on Virginia, DC, New York and Los Angeles. Keep on checking my blog for updates!

← Display and Design of Napa Farms Market Five of the Best Airport Restaurants in the U.S. →